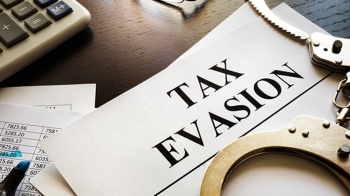 GST Intelligence officials have detected tax evasion of around Rs 25 crore by a Haryana-based manufacturer of tobacco products, a senior official of the Chandigarh zonal office said on Sunday.

Acting on intelligence-based inputs, tax sleuths, led by Joint Director Balwinder Singh and Deputy Director Navneet Kaushal, carried out raids on the premises of the firm in Tohana in Haryana.

Searches were also conducted on the premises of dealers and raw material suppliers in Chandigarh, Kurukshetra and Sonipat, said the official of the GST (Goods and Services Tax) Intelligence, Chandigarh zonal office.

The GST intelligence officials had the information that the firm was removing its tobacco products in a clandestine manner to evade tax.