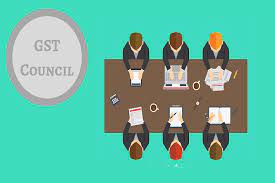 The GST Council, which is scheduled to meet next week in Chandigarh, is likely to discuss changes in tax rates on 14 items recommended by the Fitment Committee, according to a CNBC-TV18 report. The Council was earlier reported to have sought the views of states for increasing rates on 143 items, including handbags, perfumes/deodorants, chocolates, chewing gums, apparel & clothing accessories of leather, and walnuts, among others.

The Fitment Committee, which comprises revenue officials of both Centre and States, rejected rate change on 113 goods, deferred on two goods, and recommended rate change on 22 services, the report said.

The GST Council is likely to waive the requirement for filing refund claims by condoning the two-year period between March 1, 2020, and February 28, 2022, in view of the disruption caused by the COVID-19 pandemic, according to a report by CNBC-TV18 quoting sources. It might also permit tax authorities to file appeals against erroneous refunds by not considering the two-year COVID-19 period.

The Council is also likely to extend the timeline for filing GSTR 4 for FY22 without late fees by composition dealers to July 28 from the earlier deadline of June 30, 2022. It may also extend the due date of filing of FORM GST CMP-08 for composition taxpayers for the first quarter of FY23 from July 18 to July 30, 2022.

The fitment panel, which comprises officers from the Centre and states, has recommended a hike in GST rate on cut and polished diamonds to 1.5 per cent from 0.25 per cent, as the reduced rate on cut and polished diamonds was causing duty inversion, according to a livemint report. The final decision was left for the group of ministers (GoM) on the rate rationalisation to examine.

The fitment panel has also proposed reducing GST rates to 5 per cent from the current 12 per cent on ostomy appliances, according to the report.

The GST Council’s 47th meeting will be held during June 28-29 in Chandigarh. The Council-appointed group on ministers (GoM), headed by Karnataka Chief Minister Basavaraj Bommai, has already conducted its meeting to discuss various, including changes to tax slabs and rates. The GoM will submit its report before the GST Council meeting.

The GoM reportedly discussed issues like tax slabs and rates on Friday but was unable to reach a consensus. The report said the Group of Ministers will, however, present a status report to the GST Council on the consensus that was arrived at the previous meeting of the GoM on November 20, 2021. The panel, which was set up in September last year, last met in November 2021.

Currently, there are four GST slabs — 5 per cent, 12 per cent, 18 per cent, and 28 per cent. The 18 per cent slab has 480 items, from which about 70 per cent of the GST collections come. Apart from this, there is an exempt list of items like unbranded and unpacked food items that do not attract the levy.